Bird Law Advocates Seek to Save Lives with Fritted Film 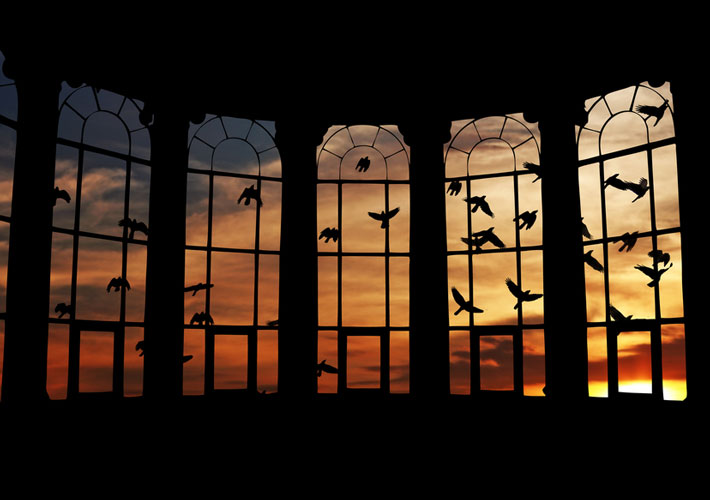 Have you heard the word? The U.S. Senate is seeking to reduce bird collisions with a bipartisan bill aimed to prevent bird collisions. The bill, S.1920 – Federal Bird-Safe Buildings Act of 2017, was first introduced in Early October of 2017 by Sen. Cory A. Booker of New Jersey. This act seeks to mandate federal buildings follow certain standards to improve the safety of local and migratory birds.

Here’s more on this bill itself and the implications it could have to the window film industry.

The Problem Birds Have with Buildings

“Lighting is an attractant – especially for migrating birds who often fly at night. Brightly lit buildings can draw birds in where they can hit windows or other obstacles. Glass is a problem because it is confusing for birds as an invisible obstacle and as a reflective surface. Birds use the habitat and airspace around buildings as they forage and migrate. They fly into glass that reflects the habitat or the sky or try to fly through glass when they can see habitat or sky on the other side.”

This problem won’t go away on its own. In fact, hundreds of millions of birds die each year from bird-window collisions. And the death rate will only increase as more and more glass windows are installed. Building owners must proactively do something in order to help keep birds safe around their buildings.

How the U.S. Senate Seeks to Keep Birds Safe Around Buildings

The Federal Bird-Safe Buildings, if passed, will help to reduce bird-windows collisions with federal buildings and set the bar for private businesses. This bill will require the following of all federal buildings:

How Does Bird-Safety Window Film Work?

Bird-safety window film, aka fritted window film, helps birds recognize windows. It’s really that simple. The neat part is how this technology works. Fritted film is printed in a pattern which helps obstruct the view through the window and obstruct the reflectivity of the window—both will prevent collisions.

The next way bird-safety film works is by reflecting UV rays. According to FLAP Canda, UV daylight is visible to birds: so reflected UV rays will help birds better see a window if it has a window film installed.

There Are Other Reasons to Make Your Building Bird-Safe

In addition to helping save bird lives, there are even more reasons to install bird-safety window film:

Get in Touch with AP Tinting for a Free Estimate

With all the benefits of a fritted window film, what better time than now to improve your building? Making your building safer for the environment is just one reason to get started with window film, but it’s a good reason. For more information on bird-safe window films, get in touch with AP Tinting today!