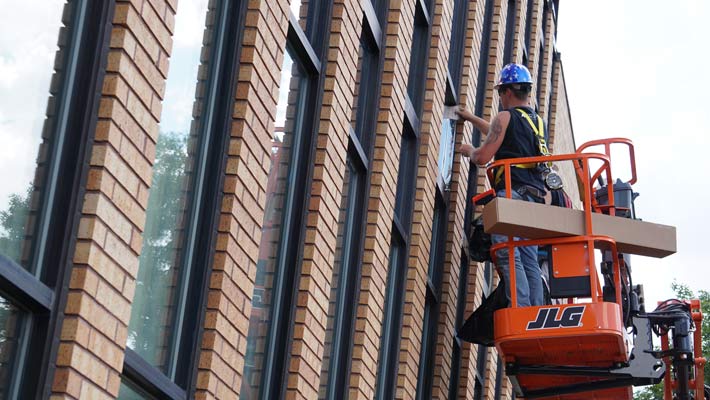 A massive benefit to window films is the money you will save on your energy bills. As a facilities manager, in whatever capacity, finding ways to save money through the improvement of your building is a win-win situation. One area to achieve savings will be through the improvement of your windows. Here is how much energy savings you can expect with new solar window film in Gaithersburg, MD.

How Window Films Save Money on Energy Costs

First, let’s quickly talk through the science of how window films can save money on energy bills. As you’re probably aware, windows are one of the largest culprits of heat gain and heat loss. Solar window films filter out the infrared radiation from sunlight: this is the part of the sunlight which causes heat. Simultaneously, window films also add a layer of insulation helping your HVAC system better maintain internal temperatures.

First, it’s important to note, the amount of savings you will see is going to be largely dependent on your building. Some factors which will affect the average energy savings and payoff period are:

With these variables in mind, it’s hard to give an exact number for your specific location and building without doing a complete energy audit. That said, we have a lot of data collected by the top manufacturers of window films which allows us to show you the rough savings you could expect in a small office building or a large commercial building in Gaithersburg, MD. 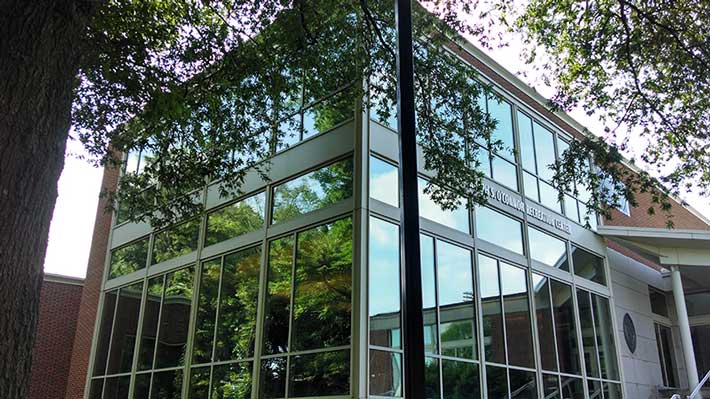 Window Film Energy Savings for a Small Office in Gaithersburg

Gaithersburg, MD is a city in the mid-Atlantic which sees a fairly significant amount of sunlight. The energy savings on a smaller commercial building in this city, simply based on location, can be drastic. In this example, a small commercial building is based on a 3-story tall, 55,000 sq. ft. office building. 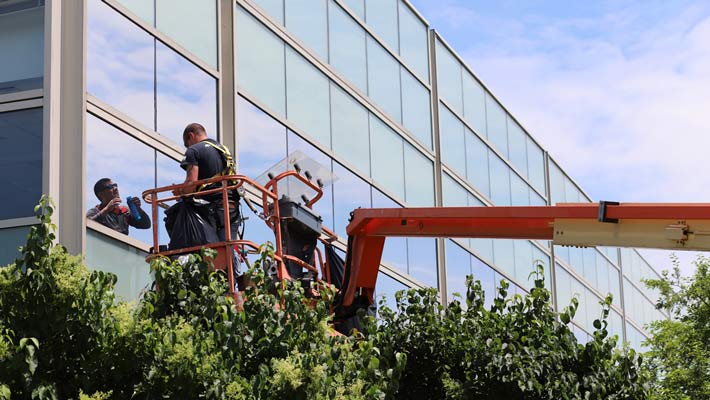 For a large commercial building, the data is based on a 160,000 sq. ft. building that is 5 stories tall. This building will also have a window to wall ratio of 50% and would be comparable to a large office building or hotel.

To put these numbers into an example, let’s say you own a 160,000 sq. ft. office building. Using the same number of $1.34 spent on electricity every year annually per sq. ft. as we did above. By installing one of these Gaithersburg, MD commercial window tinting films you would be able to decrease your annual energy costs by $28,086.

Interested in hearing more about how commercial window tinting films can help reduce the expenses you pay for your electric bills? With windows being the biggest culprit of energy loss, a simple application of window films is a low cost, minimally disruptive way to improve your building. Contact your local Gaithersburg, MD commercial window tinting company, AP Corp, today!

AP Corp services the Maryland, Washington, D.C., and Virginia metro areas with a wide-variety of applied graphics and window film solutions. Give us a call so we can discuss your project, today!